The Mystery of Appearance: William Coldstream 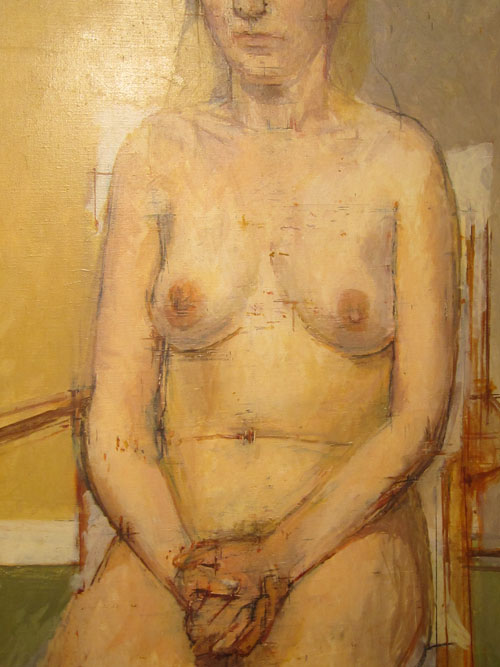 I’d never seen William Coldstream’s work before (at least I can’t remember seeing it). When I saw this, I asked myself why might the painter have put on those reddish brown blemishes on the girl’s body. Perhaps it was because it made it look a bit like a very old painting? Perhaps they were actual blemishes on the body? It seemed unlikely.

I couldn’t work it out, so I carried on looking around the gallery…

…until I came to this painting. 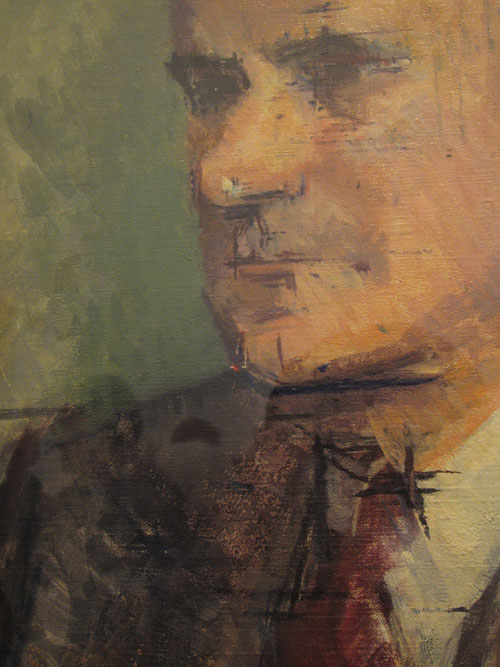 Here the blemishes were heavier – appropriate for a man. The blemishes gives something of a character to the figures, that how they would look in a photo would not convey. The marks were lighter around the face than the body. This could be because his face was kinder than his clothes said he was, or maybe just to attract less attention to his face.

Now I understood that the marks on the girl were to draw attention to where the painter wants you to look. 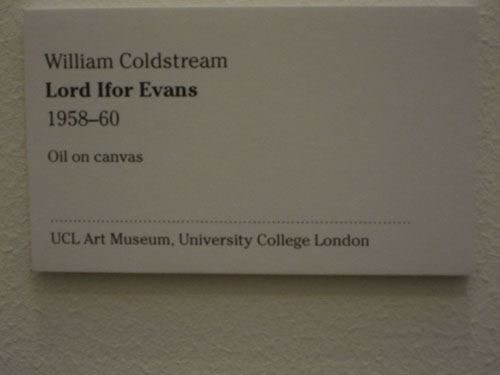 Another thing, you can see how the backgrounds are very simple. Maybe this is what the Haunch of Venison meant about conversations between the artists. Hockney also made simple backgrounds around the same time. Coldstream’s paintings here are much warmer than Hockney’s – I haven’t seen his other paintings but the overall impression is that he used the simple background idea in a much warmer, sensitive way than Hockney, whose work is much cooler with clean lines. This painting dates to 1958-60 while Hockney’s The Room Tarzana dates to 1967 – so perhaps Coldstream was using the idea before Hockney.

Of course it might have been used much earlier, and I don’t know. If someone knows, please tell me!

Tagged as 2012, haunch of venison, the mystery of appearance, William Coldstream

2 responses to “The Mystery of Appearance: William Coldstream”